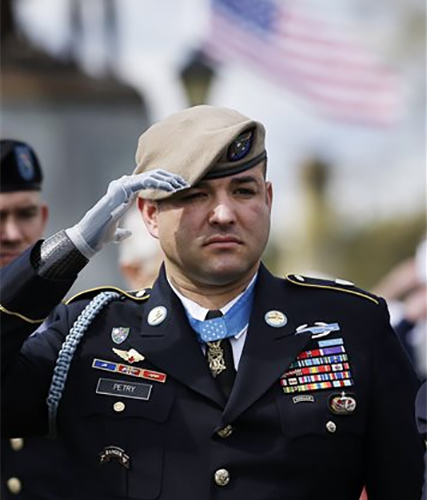 MSG (Ret.) Leroy Petry was born on July 29, 1979 in Santa Fe, New Mexico. He enlisted in the United States Army in 1999; something he wanted to do since he was seven years old.

He has deployed eight times in support of the Global War on Terror with two tours to Iraq and six to Afghanistan.

MSG (R) Petry and his wife Ashley have four children, Brittany, Austin, Reagan and Landon. He is currently enrolled in college with goals to earn a degree in business management and own his own business. In addition he is on several boards: GE Veteran’s Network (advisory), Boulder Crest Retreat, Medal of Honor Museum(advisory), Patriot Project, and works as a warrior liaison for Feherty’s Troops First Foundation all geared to improving the lives of veterans and our military.