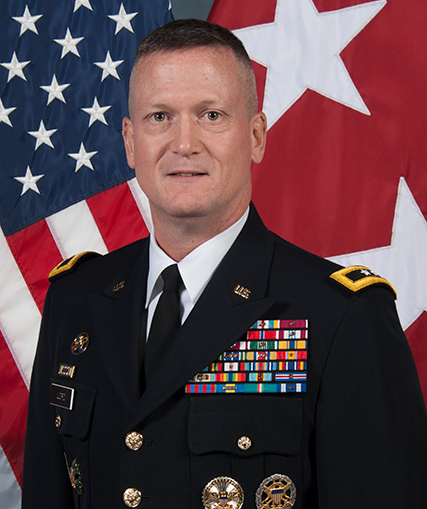 Major General (Retired) Walt Lord concluded a 36-year Army career in July of 2018 after serving as Executive Director of the Reserve Forces Policy Board in the Office of the Secretary of Defense in the Pentagon. He now serves as Vice President, Government Division, at FileBank Inc., an Enterprise Content Management firm based in Oakland, NJ.

General Lord enlisted in the 2nd Battalion, 111th Infantry Regiment in 1982 at the age of 17. In 1984, he was commissioned into the Pennsylvania Army National Guard at Valley Forge Military College and served his initial assignments with 1st Squadron, 104th Cavalry Regiment, 28th Infantry Division. He began his full-time service in 1990.

He has led at platoon, company, squadron, and coalition headquarters levels, culminating in command of NATO Headquarters Sarajevo in Bosnia and Herzegovina from June 2012 through June 2013. He has held critical army and joint staff positions at every level from unit to coalition in the Continental United States, Germany, Belgium, Bosnia and Herzegovina, and Afghanistan. He has also participated in domestic operations as a member of two dual-status Joint Task Forces with United States Northern Command.

General Lord is married to the former Grace Power of Philadelphia, Pennsylvania. The Lords have two sons. Ryan is an Army Captain at Fort Campbell, Kentucky; and Drew is an Army First Lieutenant at Fort Hood, Texas. The Lords currently make their home in Clarksville, Tennessee.